Page 21
Thomas ŕ Kempis says : “ Turn thine eyes unto thyself , and beware thou judge
not the deeds of other men . In judging of others a man laboureth in vain , often
erreth , and easily sinneth ; but in judging and discussing of himself , he always ...
Page 180
he has betrayed puts Dombey on his track , the other turns out to have betrayed
Carker in his turn , leaving him a confused fugitive hunted down less by Dombey
than by his own destiny . 16 Carker may be the agent who punishes Dombey for
...
Page 230
Tom , and Louisa , and Bitzer do not turn out well because they lack this reservoir
of comely images of virtue . Dickens makes this connection very clear when
Louisa is returning to her parents ' cheerless home after her marriage . The
dreams ...

John Reed is professor of English at Wayne State University. His most recent books include Victorian Conventions (1975) and The Natural History of H.G. Wells (1982), both published by Ohio University Press. 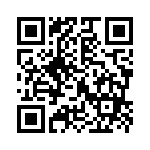