Great information-- just hard to get through. I chose this as my AP English 11 summer reading book and I couldn't get all the way through it. I felt as though it lacked personality.

Robert McCrum is the author of six novels and My Year Off: Rediscovering Life After a Stroke. Now literary editor of The Observer, he is working on an authorized biography of P. G. Wodehouse.

Robert MacNeil was the co-anchor of PBS's The MacNeil/Lehrer NewsHour. His books include two volumes of memoirs and three novels including his latest, Breaking News.

William Cran is the executive producer for the television series The Story of English. 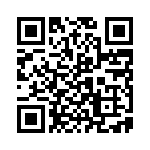