Judith M. Bennett teaches medieval history and women's history at the University of North Carolina at Chapel Hill where she is Martha Nell Hardy Distinguished Professor. Educated at Mount Holyoke College, the University of Toronto, and the Pontifical Institute of Mediaeval Studies, she is the author of numerous books and articles about peasants, women, and families in the Middle Ages. Professor Bennett's research has been supported by the John Simon Guggenheim Memorial Foundation, the National Endowment for the Humanities, the American Council of Learned Societies, the National Humanities Center, the Folger Shakespeare Library, and numerous other agencies. She has held lectureships in Australia and England, as well as the United States. A Fellow of the Royal Historical Society in London, she has held offices in such professional organizations as the Medieval Academy of America, the North American Conference on British Studies, the Coordinating Council for Women in History, and the Berkshire Conference of Women Historians. Professor Bennett has received several awards for her scholarly books and articles, and she is also an acclaimed teacher at UNC-CH, where she has won a top teaching award and is now a fellow of the Academy of Distinguished Teaching Scholars. 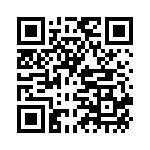