Andreas Mehler Ph.D. (1993) in Political Science, University of Hamburg, is Director of the Institute of African Affairs, German Institute of Global and Area Studies, Hamburg. He has published extensively on democratisation processes and violent conflicts in West and Central Africa. Henning Melber, Ph.D. (1980) in Political Science, University of Bremen, is Executive Director of the Dag Hammarskj ld Foundation in Uppsala/Sweden. He has published extensively on Southern Africa and in particular Namibia. Klaas van Walraven Ph.D. (1997) in Political Science, University of Leiden, is a researcher at the African Studies Centre in Leiden. He has published on Africa s international relations (OAU, AU, ECOMOG) and is working on a history of the Sawaba rebellion in Niger (1954-1975). 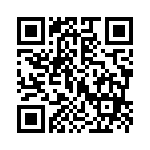