GEORGE E. MELTON is Professor of History and Department Chair at St. Andrews Presbyterian College in Laurinburg, North Carolina. His research in several American and French archives supports his interest in French naval and diplomatic history of World War II and the interwar period. 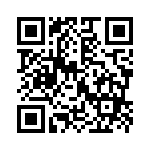