Rodney Greenberg has produced and directed over 300 television music programmes, including the televised Promenade Concerts and three documentaries on George Gershwin. 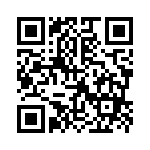