Try the new Google Books
Check out the new look and enjoy easier access to your favorite features
Try it now
EBOOK FROM $27.40

B.Khesin's areas of research are infinite-dimensional Lie groups, integrable systems, Poisson geometry, and topological hydrodynamics. Together with Vladimir Arnold he is the author of the monograph on "Topological methods in hydrodynamics", which has become a standard reference in mathematical fluid dynamics. He was a Sloan research fellow in 1997-1999 and a Clay Mathematics Institute book fellow in 2006-2007, as well as an Andre-Aizenstadt prize recepient in 1998.

R.Wendt's fields of research include the geometry and representation theory of infinite dimensional Lie groups and algebras, related geometric structures, and mathematical physics. He is also interested in mathematical finance and 'real world' applications of financial modelling 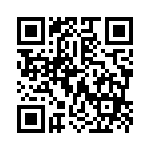