this is a beautiful thing, and immensely useful. Read full review

Good lord is this a beautiful atlas. Read full review

Richard J. A. Talbert is William Rand Kenan Professor of History and Classics at the University of North Carolina, Chapel Hill, and current President of the Association of Ancient Historians. He taught previously in the United Kingdom and Canada, and is the author of The Senate of Imperial Rome (Princeton), which won the American Philological Association's Goodwin Award of Merit. 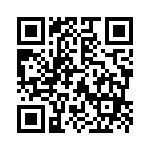