Page 364 - It is not the critic who counts, not the man who points out how the strong man stumbled, or where the doer of deeds could have done them better. The credit belongs to the man who is actually in the arena; whose face is marred by dust and sweat and blood...
Appears in 663 books from 1877-2009
Page 649 - Your representative owes you, not his industry only, but his judgment ; and he betrays, instead of serving you, if he sacrifices it to your opinion.
Appears in 696 books from 1756-2008
More
Page xiii - There has been something crude and heartless and unfeeling in our haste to succeed and be great. Our thought has been "Let every man look out for himself, let every generation look out for itself...
Appears in 60 books from 1894-2006
Page 246 - It may be, sir, that the politicians of the United States are not so fastidious as some gentlemen are as to disclosing the principles on which they act. They boldly preach what they practice. When they are contending for victory they avow their intention of enjoying the fruits of it. If they are defeated, they expect to retire from office. If they are successful, they claim, as a matter of right, the advantages of success.
Appears in 83 books from 1851-2008
Page 187 - If, when the chips are down, the world's most powerful nation, the United States of America, acts like a pitiful, helpless giant, the forces of totalitarianism and anarchy will threaten free nations and free institutions throughout the world.
Appears in 162 books from 1906-2008
Page 242 - open" society is one of open choices — and one in which the individual has the mobility to take advantage of those choices. In speaking of "desegregation" or "integration," we often lose sight of what these mean within the context of a free, open, pluralistic society. We cannot be free, and at the same time be required to fit our lives into prescribed places on a racial grid — whether segregated or integrated, and whether by some mathematical formula or by automatic assignment. Neither can we...
Appears in 18 books from 1954-2005
Page 175 - Let historians not record that when America was the most powerful nation in the world we passed on the other side of the road and allowed the last hopes for peace and freedom of millions of people to be suffocated by the forces of totalitarianism. And so tonight — to you, the great silent majority of my fellow Americans — I ask for your support.
Appears in 49 books from 1969-2008
Page 205 - Washington are the beautiful words, ."In this Temple as in the hearts of the people for whom he saved the Union the memory of Abraham Lincoln is enshrined forever.
Appears in 160 books from 1888-2007
Page 442 - I know you will not mind my being brutally frank when I tell you that I think I can personally handle Stalin better than either your Foreign Office or my State Department. Stalin hates the guts of all your top people. He thinks he likes me better, and I hope he will continue to do so.
Appears in 66 books from 1859-2008
Less 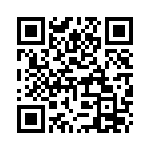