Arne is retired, but remains associated with the University of Oslo and its Center for Development and Environment. The Arne Naess Chair in Global Justice and the Environment is being established at the university. Naess holds honorary doctorates from Stockholm University and The Norwegian National University of Sports and Physical Education. He is also an honorary member of The Norwegian Alpine Club and The Norwegian Tourist Association. Naess's contributions have been honored by many awards, including Norway's St. Olav's Order and the Peer Gynt Award, Denmark's Sonning Prize, the Nordic Council Award for Nature and Environment, the Uggla Prize for Humanistic Studies from Stockholm University, and the Mahatma Gandhi Prize for Non-violent Peace. In addition to writing countless articles and essays that have been translated into several languages and have appeared in anthologies and journals throughout the world, Naess is the author of numerous books, including Life's Philosophy: Reason and Feeling in a Deeper World and Ecology, Community and Lifestyle. He was founder and editor of the journal Inquiry, and has lectured in many countries.

David Rothenberg is Professor of Philosophy at the New Jersey Institute of Technology and founder of the "Terra Nova" book series. His most recent books are "Always the Mountains" and "Sudden Music: Improvisation, Art and Nature. 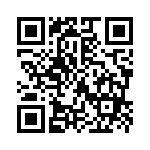