Peter Cane has been Professor of Law in the Research School of Social Sciences at the Australian National University since 1997. For 20 years before that, he taught law at Corpus Christi College, Oxford.
Joanne Conaghan studied law at Oxford. She is currently a Professor of Law at the University of Kent at Canterbury, having previously taught at the Universities of Exeter in Devon and San Diego in California. Her areas of research include labour law, tort, and feminist legal theory, and she has published widely in all three fields. She has been Managing Editor of the international journal, Feminist Legal Studies, since 1998. She is a member of the Co-ordinating Committee of the International Network on Transformative Employment and Labour Law (INTELL) and co-editor (with Michael Fischl and Karl Klare) of Labour Law in an Era of Globalization (OUP, 2002) and (with Kerry Rittich) of Labour Law, Work and Family (OUP, 2005). 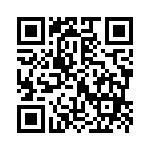