Ordered for the lovely cover and title, the first chapter was promising, but plot and character development slow moving and not enthralling as anticipated. No dead horse or dog in this one, simply a way-un-needed dead kitten...and more sad miseries. Read full review

Mensmerizing, nuanced & poignant coming of age story about a young boy with a stuttering problem growing up in 1980's England. The book takes place during his 13th year and it is awe-inspiring how ... Read full review

Born in 1969, David Mitchell grew up in Worcestershire. After graduating from Kent University, he taught English in Japan, where he wrote his first novel, Ghostwritten. Published in 1999, it was awarded the Mail on Sunday John Llewellyn Rhys Prize and shortlisted for the Guardian First Book Award. His second novel, number9dream, was shortlisted for the Booker Prize and the James Tait Black Memorial Prize, and in 2003, David Mitchell was selected as one of Granta's Best of Young British Novelists. His third novel, Cloud Atlas, was shortlisted for six awards including the Man Booker Prize, and adapted for film in 2012. It was followed by Black Swan Green, shortlisted for the Costa Novel of the Year Award, and The Thousand Autumns of Jacob de Zoet, which was a No. 1 Sunday Times bestseller. Both were also longlisted for the Booker.

In 2013, The Reason I Jump: One Boy's Voice From the Silence of Autism by Naoki Higashida was published in a translation from the Japanese by David Mitchell and KA Yoshida. David Mitchell's sixth novel is The Bone Clocks (Sceptre, 2014). 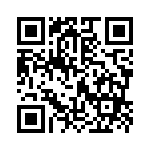