Page 24
By a bargaining-political procedure we mean a process by which coalitions are
formed and political bargains struck. Choices are made by forming a group with
sufficient power to enforce a joint solution to a problem. Both procedures assume
...
Page 210
Intentional action is assumed not to interfere with the application of rules to
concrete cases. 10.3 Some Specific Models Like all theories, the four classes of
theories discussed in the previous section contain concepts that are not
operational.
Page 287
We assume that all leaders have the same amount of power, that all non-leaders
have the same amount of power, and that the number of leaders and non-leaders
is stable over time. Assuming no discounting of future returns, a non-leader will ...

James G. March is a Professor Emeritus at Stanford University.

Johan P. Olsen (b. 14 August 1939 in Tromso, Norway) is professor in political science and Director of Research at the Centre for European Studies, University of Oslo. Either alone or in collaboration with colleagues, he has written or edited 19 books and written more than 100 book chapters and
articles, many of them in leading international journals. Together with James G. March and Michael D. Cohen he developed the 'garbage can'-model of organizational decision making, and together with March he launched the concept of 'new institutionalism' in the mid 1980s. He received the American
Political Science Association's John Gaus Award for his life-long contribution to public administration and political science 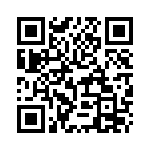