Page 8 - Without looking forward to an extremity of this kind (which nevertheless ought not to be entirely out of sight) the common and continual mischiefs of the spirit of party are sufficient to make it the interest and duty of a wise People to discourage and restrain it.
Appears in 392 books from 1800-2007

Professor Goldmans doctorate in political science is from the University of Chicago. His professional career has encompassed teaching, research, academic administration, and practical politics. He is author or co-author of more than a dozen books. He has served as dean for faculty research at San Francisco State University. His publications and career information may be found in Volume I of this collection. 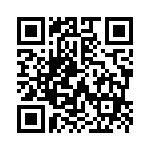