Desolation Angels is heaven and hell and the world and America and the Void and his Mom. Kerouac/Duluoz is a despicable, noble, earnest, loving, whiny, brilliant, loyal, weak, irreplaceable, insane ... Read full review

Kerouac's Desolation Angels may be dealt with quickly. It's a long prose-poem in the form of a memoir-novel, in which the author (calling himself, as he's done elsewhere, Jack Duluoz) explores three ... Read full review

Jack Kerouac (1922–1969) was an American writer best known for his novel On the Road. Originally from Lowell, Massachusetts, Kerouac attended Columbia University. Along with his friends, including Allen Ginsberg, William Burroughs, and Neal Cassady, Kerouac was a key figure in the counterculture movement known as the Beat Generation. He wrote his first novel, The Town and the City, about his struggle to balance the expectations of his family with his unconventional life. Kerouac took several cross-country trips with Cassady, which became the basis for On The Road. He published several more novels including Doctor Sax, The Subterraneans, The Dharma Bums, and his final great work, Big Sur. He settled with his mother and his wife, Stella Sampas, in Florida, where he died in 1969 at age forty-seven. 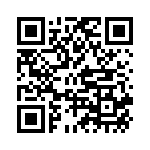