Page 328
As Gadbury rightly claimed, 'no other art, whatsoever, is capable of predictions of
this kind'.2 An astrological interpretation had been the one most favoured by
intellectuals at the time of the Black Death,3 and it remained widely current until
the ...
Page 337
Timothy Gadbury, whose prediction of Charles n's return appeared only a
fortnight before the event itself, explained that he had, of course, known about it
long before, but had refrained from making the news public, because of the
censorship, ...
Page 356
No new generation of astrologers had arisen to put their name 1 J. Gadbury,
Britmns Royal Star (1661), p. 12; J. Wilson, The Cheats, ed. M. C. Nahm (Oxford,
1935), p. 145. Defoe thought that the astrologers who infested the metropolis
before ...

This is a mighty big book! I don't remember when I started it... probably a couple years ago. I would generally read one chapter at a time, then read another book or two before reading the next ... Read full review

"The real question at issue here is what enables us to read a source ‘against the grain’, and here theory does indeed come in. Theory of whatever kind, whether it is a general set of theses about how ... Read full review

Sir Keith Thomas is President of Corpus Christi College, Oxford, and President of the British Academy. His works include Man and the Natural World, and other writings on the social and cultural history of early modern England. He is also the editor of the Past Masters and Oxford Studies in Social History series. 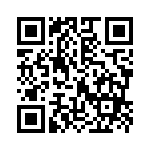