Great for the computer illiterate as am I... Read full review

Nick Selby has nearly 20 years of cyber security and intelligence experience, and is a currently a police detective and cyber security consultant. He is the co-founder of StreetCred Software, Inc. which creates software and services that help police agencies, courts, and cities access, rank, understand, and use a vast range of data. He appears frequently in media including the New York Times, Washington Post, CNN, NPR, and Fox News discussing online security, terrorism, and more. His latest book is In Context: Understanding Police Killings of Unarmed Civilians (CIAI/Calibre Press). Nick is also co-author of Blackhatonomics: An Inside Look at the Economics of Cybercrime (Syngress) and was technical editor of Investigating Internet Crimes (Syngress)

Heather Vescent is a social scientist who studies future trends to help people understand and take advantage of change. She does this through speaking, consulting, research projects, design fictions, and media productions. Her company, The Purple Tornado, has been around since 2006. Prior to The Purple Tornado, she helped build and launch more than 50 Internet products at over 30 startups from 1996 to the 2005 in Silicon Valley and Los Angeles. Recently, Heather completed an assignment with the Swift Innovation Team, Innotribe, based in New York, NY and La Hulpe, Brussels. She is best known for her research on the Future of Transactions, which she presented at SxSW, Sibos, TedxZwolle, The Future of Money,Tomorrow's Transactions and other conferences around the world. She is the producer and creator of 4 short films, including “Fly Me to the Moon;” nominated for the Most Important Futures Award by the Association of Professional Futurists, 2012; “Flowers for Grandma;” “Innotribe Startup Challenge Documentary," and “Slices of Life.” 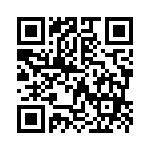