Nancy E. Dowd is Chesterfield Smith Professor of Law at the Fredric G. Levin College of Law at the University of Florida, and Co-Director of the Center for Children and Families at UF. The author of In Defense of Single Parent Families (1997) and Redefining Fatherhood (2001), and a reader on feminist legal theory, she has published extensively on non-traditional families, work/family issues, civil rights, and feminist theory.

Dorothy G. Singer, is retired Senior Research Scientist, Department of Psychology, Yale University. Dr. Singer is also Co-Director, with Jerome L. Singer, of the Yale University Family Television Research and Consultation Center affiliated with the Zigler Center for Child Development and Public Policy. She is a Fellow of the American Psychological Association. Her research and publications are in the area of early childhood development, television effects on youth, and parent training in imaginative play. She received the Distinguished Alumni Award from Teachers College, Columbia University in 2006, and in 2009, the Award for Distinguished Lifetime Contributions to Media Psychology from the American Psychological Association.

Robin Fretwell Wilson is Associate Professor of Law at the University of Maryland School of Law. She has published articles on the risks of abuse to children in the Cornell Law Review, Emery Law Journal, Journal of Child and Family Studies, Washington University Journal of Law & Policy, and Child and Family Law Quarterly. She has testified on the use of social science research in legal decision-making before the Federal Trade Commission and Department of Justice Joint Hearings on Health Care. A member of the Executive Committee of the Family and Juvenile Law Section of the Association of American Law Schools, Professor Wilson has frequently lectured on violence against children, including presentations at the Family Law Project hosted by Harvard University Law School, the National Society for the Prevention of Cruelty to Children in London, the Tenth World conference of the International Society of Family Law in Brisbane, Australia, the Third International Conference on Child and Adolescent Mental Health in Brisbane, the 2004 Helping Families Change conference in Auckland, New Zealand, and the Ninth Regional European Conference of the International Society for the Prevention of Child Abuse and Neglect in Warsaw, Poland. 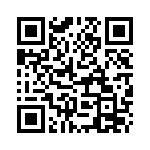