Page 38
For example , Englishmen introduced railroads to the rest of the world , not only
by the example of railroad building in their own country , but also by themselves
building and manning the first railroads in Germany , Argentina , India , Russia ...
Page 85
Counting the costs of conquest and administration , for example , against the
profits and taxes extracted from the colonies , together with other economic
pluses and minuses , Britain as a whole did not benefit economically from the
colonies .
Page 185
72 However , some lands passed back and forth between German and Slavic
control , as in the case of Brandenburg , for example . 73 Through one process or
another , the culturally German regions of Central and Eastern Europe expanded
... 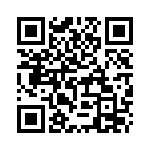