Patricia and Robert Malcolmson are social historians with a special interest in Mass Observation. They have edited several MO Diaries, including Nella Last's Peace (2008) and Nella Last in the 1950s (2010), and are currently writing a social history of the wartime Women's Voluntary Services. They live in Nelson, British Columbia. 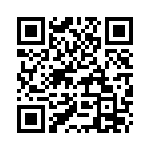