Born in Ronsdorf, Germany, Rudolf Carnap studied at the Universities of Freiburg and Jena from 1910 to 1914. He received his doctorate from Jena, where he had studied under Gottlob Frege, who, along with Ludwig Wittgenstein and Bertrand Russell profoundly influenced his thought. In 1926, on the invitation of Morris Schlick, he joined the faculty of the University of Vienna. An active participant in the discussions of the Vienna Circle, he soon rose to eminence in the movement of logical positivism, or logical empiricism. From Vienna he went to Prague, and in 1930 he founded, with Hans Reichenbach in Berlin, the journal Erkenntnis, the main organ for the publications of the logical positivists and empiricists. In 1935, with the rise of Nazism, he moved to the United States, where he occupied teaching and research positions at the University of Chicago, Columbia University, the University of Illinois, and the University of California in Los Angeles. When he died, he was the most famous of the logical empiricists. Camap's book, The Logical Structure of the World (1928), established the basic project of logical empiricism. Carnap sought to demonstrate that, by the method of construction from elementary experiences, all the objects in the world that were also objects of knowledge could be attained. As a consequence, unless a statement could be validated either by rules of logic or by experimental testing in experience, it could be dismissed as devoid of knowledge. He thus proceeded to dismiss most of traditional philosophy and metaphysics as consisting of pseudo-problems. Carnap maintained that the genuine task of philosophy was the logical analysis of the language of science. In The Logical Syntax of Language (1934), he introduced basic distinctions, such as object-language and meta-language, formal mode and material mode of expression, that were to be widely accepted in philosophy. However, neither his symbolism nor his restriction of philosophy to the logical analysis of syntax---i.e., the purely formal features of language---endured. Influenced by Alfred Tarski, Carnap came to appreciate the need to take account of nonformal meanings (those involving external reference). This led to his publication of The Introduction of Semantics (1942), a work restricted to exclusively extensional logic, as was the subsequent volume, Formalization of Semantics (1943). However, he moved on to consider non-extensional logics in Meaning and Necessity. A leader in the unity of science movement, Carnap also wrestled with the empirical verification principle of meaning and the problems of induction and probability theory. His last major treatise was the book Logical Foundations of Probability (1950). 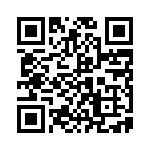