David Hassan is a Senior Lecturer at the University of Ulster. He is Academic Editor of Sport in Society and joint Editor of Foundations in Sport Management, a new Routledge series. Dr. Hassan has published extensively in the politics and governance of sport in a range of international academic journals.

Sean Hamil is a Lecturer in the Department of Management at Birkbeck College, University of London. A co-founder of Birkbeck College's Sport Business Centre, Sean has published extensively on the subject of governance in the football industry, and in particular on the role of mutual ownership models at football clubs. 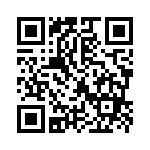