Page 284
It is certainly clear that the Chief Justice of Montreal can have no Jurisdiction in
the Court of King's Bench for the District of Quebec , unless he be one of the
Justices of that Court , or , in other words one of the persons of whom that Court is
by ...
Page 379
Corpus to produce the body of a This day , A. Stuart : moved for a Writ of Habeas
Corpus , directed person in custody , ( under a Warrant to the Keeper of the
Common Gaol of the District of Quebec , to from three produce the body of Pierre
...
Page 572
Quebec Province , Boundaries of , 4 note ; divided into Upper and Lower Canada
, 3 ; Orderin - Council relating to trade with United States , 50 note ; ecclesiastical
jurisdiction in , 104 . Quebec , City and Town of , defined , 76 . Quebec , City of ... 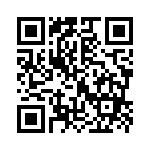