Me by Ricky Martin was a great book, a good book about his personal growth as a person. This was not a gossip book, a tell-all about his sexual exploits, or celebrity magazine. I know some did not ... Read full review

I don't think that anyone needs to explain what Me is about. Both the title and cover clearly spell out that this is a look into the life of Ricky Martin, the man behind the artist. Honestly, I've ... Read full review

Joining Latin pop group Menudo at the age of 12 as lead singer, Ricky Martin had scored countless #1 singles globally prior to making his mark in the US with his worldwide hit, "Livin' La Vida Loca." Throughout his 25-year musical career, he has sold over 60 million albums and has won numerous GRAMMY awards, American Music Awards and Billboard Awards. Martin is also a devoted humanitarian, having established The Ricky Martin Foundation. He lives between Miami and San Juan, Puerto Rico. 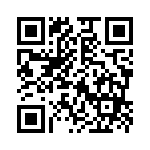