Last month, I ran across the YouTube channel Extra Credits, and I have become a creature obsessed. Extra Credits is a shining example of quality game discourse: Every episode is well-written ... Read full review

I'm trying to learn about game design. But I also like to read books that are about creating things that are not screenplays; often they give me fresher insight than screenwriting books do. (As Ram ... Read full review

Jesse Schell is professor of entertainment technology for Carnegie Mellon University's Entertainment Technology Center (ETC), a joint master's program between Carnegie Mellon's College of Fine Arts and School of Computer Science, where he teaches game design and leads several research projects. Formerly he was creative director of the Walt Disney Imagineering Virtual Reality Studio. Schell worked as a designer, programmer, and manager on several projects for Disney theme parks and DisneyQuest. Schell received his undergraduate degree from Rensselaer Polytechnic Institute and a master's degree in information networking from Carnegie Mellon. He is also CEO of Schell Games, LLC, an independent game studio in Pittsburgh, and chairman of the International Game Developers Association (IGDA). In 2004 he was named as one of the World's 100 Top Young Innovators by MIT's Technology Review. 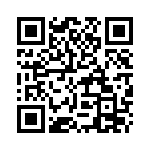