Page xii - PREFACE TO THE SECOND EDITION Since the first edition of this book was...
Appears in 113 books from 1898-2008
Page xii - As you learn lighting, however, it is important for you to think carefully about what you are doing and why you are doing it. This will lay a solid ground under your intuitive decisions later on and will ultimately give you more confidence.
Appears in 5 books from 1990-2007

Blain Brown was educated at C.W. Post College; M.I.T. and Harvard Graduate School of Design. He began in New York as a commercial still photographer before starting in the film business. After working as a gaffer, be became a cinematographer doing primarily commercials and music videos.After completing his first feature film, he moved to Los Angeles where he has been Director of Photography on 14 feature films as well as national commercials, promotional films, industrials, music videos and documentaries. He has worked in many states in the U.S. as well as Mexico, Canada, India, Italy, France, the Philippines and Jordan.His experience includes 35mm and 16mm projects, as well as 24P High Def, DigiBeta, BetaSP and DV. He has completed projects as a director, editor and screenwriter; with three screenplays produced. He has also taught courses in storytelling and visual communication. As a Director of Photography specializing in features and commercials, he is now based in Los Angeles.His books include A Sense of Place; Motion Picture and Video Lighting and The Filmmaker's Pocket Reference. His work can be seen at www.BlainBrown.com. 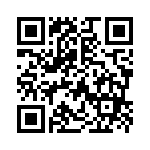