40 other sections not shown

In 1982, Dan Gookin bought his first computer although couldn1t afford the disk drives, a printer or even word processing software. He vowed to learn as much as he could to justify the purchase. Eventually, Dan upgraded his computer and wrote several short stories for his local San Diego computer magazine, Byte Buyer. In 1985, Dan was hired as a technical researcher for Compusoft Publishing in San Diego. By 1987, Dan was writing books for major publishers. In 1990 Michael McCarthy from IDG Books had a great title for a book, DOS for Dummies, but no author to write it. Dan had an outline for a book called The Idiot's Guide to DOS, based on the old Volkswagen Idiots Guide that had been rejected by almost every major computer book publisher. McCarthy hired Dan and DOS for Dummies became an international bestseller. To date, Dan has written over 50 books on computers. He mixes his vast knowledge of computers with a unique, dry sense of humor. His favorite quote is, "Computers are a notoriously dull subject, but that doesn't mean I have to write about them that way." Dan and his wife Sandy write books together, run the local community theatre, and raise their four boys in Coeur d'Alene, Idaho. 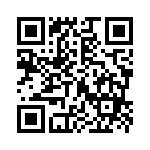