Just another average computer book. Sams Teach Yourself MySQL in 21 Days was luckily obtained rather cheaply, otherwise it would most definitely have been a waste of money. Just a garden variety no need to care really example of its type. Read full review

I am not a huge fan of the "in 21 Days" series from Sams, but this is one the better ones. Read full review 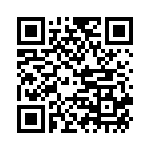