The authors of this book work for Content Master Ltd., a technical authoring company in the United Kingdom specializing in the production of training and educational materials. For more information on Content Master, please see its Web site at www.contentmaster.com.

Nick Todd B.Sc. PGCE has been with Content Master since 2000 and has been working in technical education since 1997. Prior to that, he was a Web designer, the lead developer on a Web site for a British university, and he also worked on a Web site for British Telecom. Nick has wide experience in providing training and consulting in Java, XML, and Internet technology to companies such as Sun Microsystems, Art Technology Group, Stilo Technology, and the UK eScience Institute based at Edinburgh University. In conjunction with Content Master, Nick has also written courses on Java technology for the Sun Microsystems global curriculum and also courseware on Web-related technology for Microsoft. When Nick is not sitting in front of a computer or standing in front of a technical class, you will often find him working in the Christian church that he leads in Bristol, England.

Mark Szolkowski, M.Eng was born in Manchester, England in 1972, and has a Masters degree in Microelectronic Systems Engineering. During his four years at UMIST, he spent the summers learning the wonders of writing 16-bit Windows software in C using nothing more than M and a command-line compiler. After leaving university, Mark worked as a System Administrator at a software house, which allowed him to feed his programming habit. Since 2000, Mark has mostly worked as an independent technical trainer and author, specializing in Java and XML technologies. Mark has been working with Content Master since 2001. 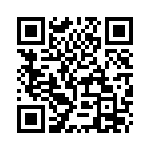