Saeid Mokhatab is one of the most recognizable names in the natural gas community through his contributions to advancing the technologies in the natural gas processing industry. He has been actively involved in different aspects of several large-scale gas processing projects, from conceptual design through plant startup and operations support. He has presented on gas processing technologies worldwide and has authored or co-authored 300 technical papers and two renowned Elsevier's handbooks in collaboration with leading experts from the largest international engineering companies and prominent process licensors. His numerous publications, which are widely read and highly respected, have set the technical standards in the natural gas processing industry and are considered by many as major references to be used for any gas processing/LNG project in development. He founded the world's first peer-reviewed journal devoted to natural gas science and engineering (published by Elsevier, the United States) and he has held editorial positions for many scientific journals/book publishing companies in the hydrocarbon processing industry. He has also served as a member of technical committees for many professional societies and acclaimed gas processing conferences worldwide. As a result of his outstanding work in the natural gas industry, he has received a number of international awards and medals, and his biography has been listed in highly prestigious directories.

William A. "Bill” Poe is a Senior Principal Technical Consultant at Schneider Electric Software LLC, USA. He has over 35 years of international business and industrial experience in design, operations and project management of gas processing plants with a special focus on automation, multivariable predictive control (MPC), advanced process control (APC), optimization design and implementation, and real-time performance monitoring. Bill started his career at Shell Oil Company, USA, in 1981, working over a decade in natural gas processing plants operations and engineering as well as management of multimillion-dollar projects. In 1993, he joined Continental Controls to lead the process engineering department in support of executing contracts with the Gas Research Institute, USA, where he developed new multivariable control applications in the natural gas industry. After joining GE as part of the Continental Controls acquisition, he became vice president of this division of GE where his responsibilities included direction of product development, projects, technical sales support, and customer service for multivariable control and optimization applications in the natural gas industry. In 2001, Bill joined Invensys Process Systems, USA, where he has developed APC and Optimization Master Plans for international companies such as Saudi Aramco, ADNOC, Statoil, and PDVSA, as well as automation and advanced process control feasibility studies for over 100 natural gas processing plants worldwide. Schneider Electric acquired Invensys Process Systems in 2014 where he has continued to work with the top gas processing companies. Bill is an Associate Editor of the Journal of Natural Gas Science & Engineering, has authored or co-authored more than 60 technical papers, and made numerous technical presentations at prestigious international conferences. He received the GE Innovators Award in 1999 and attained the Invensys Circle of Excellence in 2011.

James G. Speight is a senior fuel consultant as well as an Adjunct Professor of Chemical and Fuels Engineering at the University of Utah, USA. He is recognized internationally as an expert in the characterization, properties, and processing of conventional and synthetic fuels and as a chemist with more than 35 years of experience in thermal/process chemistry, thermodynamics, refining of petroleum, heavy oil, and tar sand bitumen, and physics of crude with emphasis on distillation, visbreaking, coking units, and oil-rock or oil catalyst interactions. Speight is currently Editor-in-Chief for the Journal of Petroleum Science and Technology, Energy Sources-Part A: Recovery, Utilization, and Environmental Effects, and Energy Sources-Part B: Economics, Planning, and Policy. He is also the author/editor/compiler of more than 25 books and bibliographies related to fossil fuel processing and environmental issues.

Speight was Chief Scientific Officer and then Chief Executive Officer of the Western Research Institute, Laramie, WY, USA, from 1984 to 2000. During this period he led a staff of more that 150 scientists, engineers, and technicians in developing new technology for gas processing, petroleum, shale oil, tar sand bitumen, and asphalt. Speight has considerable expertise in evaluating new technologies for patentability and commercial application. As a result of his work, he was awarded the Diploma of Honor, National Petroleum Engineering Society, for outstanding contributions to the petroleum industry in 1995 and the Gold Medal of Russian Academy of Sciences (Natural) for outstanding work in the area of petroleum science in 1996. He has also received the Specialist Invitation Program Speakers Award from NEDO (New Energy Development Organization, Government of Japan) in 1987 and again in 1996 for his contributions to coal research. In 2001, he was also awarded the Einstein Medal of the Russian Academy of Sciences (Natural) in recognition of outstanding contributions. 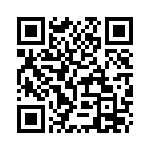