59 other sections not shown

Galen Gruman is principal at The Zango Group, an editorial and marketing consulting firm, and senior editorial associate at BayCreative, a creative consultancy, as well as editorial director at EmergeMedia, publisher of IT Wireless. He has also been editor of Macworld and M-Business, executive editor of Upside, West Coast bureau chief of Computerworld, and vice president of content for ThirdAge.com. He is coauthor of 13 other books on desktop publishing. He led one of the first successful conversions of a national magazine to desktop publishing in 1986 and has covered publishing technology since then for several publications, including the trade weekly InfoWorld, for which he began writing in 1986, and Macworld, whose staff he joined in 1991. Originally a newspaper reporter in Los Angeles, Gruman got caught by the production-technology bug in 1979 and hasn't recovered.

Barbara Assadi is a principal at BayCreative LLC, a San Francisco-based marketing and advertising agency that develops custom publishing, marketing, and advertising collateral and services for a wide range of companies. Prior to cofounding that company, she was creative programs manager at Oracle Corporation, where she managed the creation, design, and production of the company's annual report and product marketing collateral. She previously held similar positions at Quark and Pacific Life Insurance, and also served as manager of Macworld's online and syndicated content. She was an early pioneer in desktop publishing technology, especially as applied to corporate communications, and evaluated publishing tools for the trade weekly InfoWorld from 1988 to 1996. Assadi has cowritten eight other books on QuarkXPress and has edited others on similar topics. 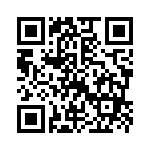