Ian Clazie has worked as an interactive designer and art director in Sydney and San Francisco for fifteen years. After studying illustration and graphic design at RISD and Art Center in the early 1990s, he worked in web design in Silicon Valley during the formative days of the worldwide web. His career has seen him work on projects as diverse as an award-winning cycling travelogue and the official website for Disney China. Most recently he managed the creative department of Razorfish Australia, where he design-directed digital projects for the likes of Pepsi, Ikea, Xbox, P&O Cruises, and Johnnie Walker. Now based in San Francisco, Ian specializes in user experience design, visual design, information architecture, design direction, and, of course, reviewing portfolios. 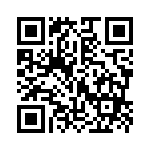