43 other sections not shown

In 1985, convinced that technology represented an area ripe for social analysis, I resigned a tenured position in anthropology in order to take a tenure-track job in the University of Virginia's School of Engineering and Applied Science. The School's Dean, a distinguished material scientist named Ed Starke, encouraged me to pursue two goals in my research: first, to persuade my colleagues in anthropology to study technology, and second, to bring anthropological theory to technology studies. The risky move proved to be a wise one: I was tenured in 1990, joining what must be a very small club (namely, those who have received tenure in two different research fields). But best of all, I was at Ground Zero during the heady years of science studies' "turn to technology" (1986-1995). I found science & technology studies (STS) to be both inspiring and stimulating, and during this time I produced some work that continues to be read and cited in the literature. On this page, you'll find the full text of some of my favorites. And as you'll see, I took Ed's advice to heart. If you're wondering why I haven't published much since the early 2000s, the answer is illness. I had a bout with cancer; the disease, but even more so the treatment, including an early and nearly fatal misdiagnosis, left me unable to do much more than meet my classes, grade papers, and attend meetings. I'm happy to say that I'm disease-free and feeling better, finally. I'm just now completing a National Science Foundation-funded study of the history of voting machines, conceptualized as -- you guessed it -- a technological drama. Do let me hear from you if you're interested in my work! Getting back into serious scholarly writing after a decade of ill health isn't easy, but I'm inspired and energized when I discover that others have found my work useful. 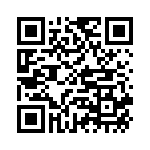