Christopher Duffy currently leads cybersecurity and penetration testing engagements globally. He has a specialization in advanced technical testing, including penetration testing and security assessment done to evaluate an organization's security strategy from a malicious actor's perspective. He has worked a lot with both network and system engineering teams to evaluate critical system data flows, and identified areas where controls can be put in place to prevent a breach of sensitive or critical data. His work with multiple organizations has been key to protecting resources based on the information they have held, which has helped reduce risks while maintaining resilient and cost-effective security postures.Chris has over 12 years of experience in the information technology and security areas, including security consultation, with a focus on business risk. He has helped build advanced attack and penetration teams. The work that his teams have done has encompassed everything from threat modeling and penetration tests to firewall reviews and FedRAMP readiness assessments.Chris has led, managed, and executed over 400 engagements for Fortune 500 companies, U.S. government entities, medical providers and payers, educational institutes, financial services, research organizations, and cloud providers. For almost a decade prior to private sector work, Chris was a cyber warfare specialist, senior systems engineer, and network infrastructure supervisor for the United States Air Force (USAF).He has been honored with numerous technical and leadership awards. Some of these include the (ISC)2 Information Security Leadership Award (ISLA) for the information security practitioner category in 2013, the noncommissioned officer of the year (both at the base and wing levels) in 2011, and the top technician within the cyber transport career field for the United States Air Force (USAF) Intelligence Surveillance and Reconnaissance Agency. He is a distinguished graduate of USAF network warfare training and has publications to his credit in SANS Reading Room, Hackin9 magazine, eForensics magazine and PenTest magazine. He holds 23 certifications, a degree in computer science, and a master's degree in information security and assurance. 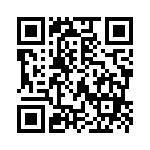