Known as the "father of animation" and formerly of Halas and Batchelor Animation unit, John produced over 2000 animations, including the legendary "Animal Farm" and the award winning "Dilemma". He was also the founder and president of the ASIFA and former Chairman of the British Federation of Film Societies.
BAFTA-nominated professional animator and educator for 40 years, many of his students number among today's most outstanding animation artists.
Tom Sito is an Adjunct Professor of Animation at USC, Woodbury College, and UCLA and has written numerous articles for Animation Magazine and Animation World Network. Tom's screen credits include the Disney classics THE LITTLE MERMAID (1989), BEAUTY & THE BEAST (1991), ALADDIN (1992), THE LION KING (1994), WHO FRAMED ROGER RABBITT (1988), POCAHONTAS (1995), FANTASIA (2000) and SHREK (2001). Tom is President-Emeritus of the Hollywood Animation Guild Local 839 IATSE. He is vice president of the International Animator's Society (ASIFA/Hollywood) He is a member of the Motion Picture Academy, the National Cartoonists Society and Hollywood Heritage. In 1998 he was named in Animation Magazine's list of the 100 Most Important People in Animation. 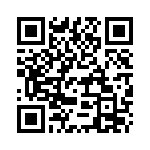