My favourite book..I seen many books.but.this is special for me


Nick Greeves is the Director of Teaching and Learning in the Department of Chemistry at the University of Liverpool. Nick is a Cambridge graduate, obtaining his PhD there in 1986 for work on the stereoselective Horner-Wittig reaction with Stuart Warren. He then held a Harkness Fellowship at the
University of Wisconsin-Madison and at Stanford University, California, and a Research Fellowship at Cambridge University before joining Liverpool in 1989 where he is currently a Senior Lecturer. 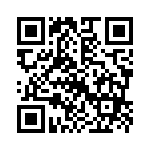