Head of the Ionising Radiation Section, Bureau Inernational des Poids et Mesures, France, Dr Allisy-Roberts obtained a BSc in Physics from the University of Birnimgham in 1970. She went on to study for the MSc in Radiobiology, achieving the degree in 1971. Continuing at the same University, she obtained a PhD in Radiological Physics in 1980.

Currently responsible for the international standards of radiation dosimetry and radioactivity measurements, she was previously Director of Medical Physics and Engineering, Southampton University Hospitals (1991-1994) and Consultant Physicist, Head of Regional Radiation Physics and Protection Services in the Department of Medical Physics at the Queen Elizabeth Medical Centre, Birmingham (1988-1990). She has served on many influential National and International committees dealing with radiation protection affairs and in 2002 was awarded the Founders' Prize by the Society for Radiological Protection. 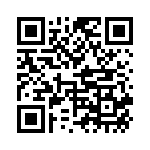