Dr Ryan Shand is Research Assistant on the AHRC-funded project 'Children and Amateur Media in Scotland' based at the University of Glasgow, Scotland. He completed his PhD, entitled 'Amateur Cinema: History, Theory, and Genre (1930-80)', at the University of Glasgow, and has contributed chapters to the recent anthologies Movies on Home Ground: Explorations in Amateur Cinema (Cambridge Scholars, 2009), and The City and The Moving Image: Urban Projections (Palgrave, 2010); article publications have appeared in The Moving Image: The Journal of the Association of Moving Image Archivists, and The Drouth.

Ian Craven is Senior Lecturer in Film and Television Studies at the University of Glasgow, Scotland. His research interests include Australian cinema, film and television technology, and British amateur cinema. Edited publications include Australian Popular Culture (Cambridge University Press, 1994), Australian Cinema in The 1990s (Frank Cass, 2001), and Movies On Home Ground: Explorations in Amateur Cinema (Cambridge Scholars, 2009). Recent articles have appeared in journals including Antipodes, Studies in Australasian Cinema, Continuum and the Journal of Media Practice. He is currently researching and writing a monograph history of British amateur filmmaking, 1920-1980. 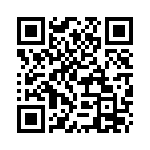