Jane Godman writes paranormal romance for Harlequin Nocturne, thrillers for Harlequin Romantic Suspense, and steamy historical romance for Samhain Publishing. She is the author of the Sons of Stillwater series and The Arctic Brotherhood, among others. Jane lives in Cheshire, England, is married to a lovely man and is mum to two grown up children. When not writing, Jane loves to travel to European cities that are steeped in history. 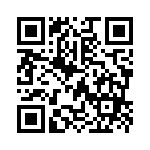