A matter of honor

In 1966, Adam Scott, an unemployed British ex-army officer with an uncertain future, attends the reading of his disgraced father's will. Part of his inheritance is a letter detailing the events of ... Read full review

Jeffrey Archer once again proves his mettle by skilfully narrating the story. Though the first few pages of the novel are quite uneventful, the second half completely takes the readers by surprise. As the book progresses, the story becomes more and more intersting and is quite hard to put down.
On the whole,this political thriller is sure to provide an intersting experience for all those who have a taste for mystery and suspense.

Jeffrey Archer was educated at Oxford University. He has served five years in Britain's House of Commons and fourteen years in the House of Lords. All of his novels and short story collections--including And Thereby Hangs a Tale, Kane and Abel, Paths of Glory and False Impression--have been international bestselling books. Archer is married with two sons and lives in London and Cambridge. 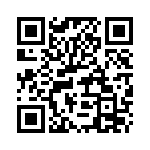