550 page saga about two men, great media barons, and their attempts to rule the newspaper world. Neither man induces a great deal of sympathy in the reader, although one is the "baddie". Not riveting. Read full review

JEFFREY ARCHER was educated at Oxford University. He has served five years in Britain's House of Commons and fourteen years in the House of Lords. All of his novels and short story collections-including Sins of the Father, And Thereby Hangs a Tale, A Prisoner of Birth, and Kane & Abel-have been international bestsellers. Archer is married with two sons and lives in London and Cambridge. 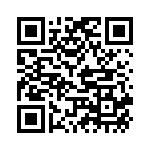