This is a book that you will either love, or hate. It depends on which political leader you follow or, if you tend to be apolitical, you may indeed read it more objectively. The book’s essential ... Read full review

K.S. (Kapil Satish) Komireddi was born in India, and educated there and in England. His commentary, criticism, and journalism - from South Asia, Eastern Europe, and the Middle East - have appeared, among other publications, in The New York Times, The Washington Post, The Los Angeles Times, The Economist, The Guardian, TIME, The New Statesman, The Spectator, Foreign Policy, and The Jewish Chronicle. This is his first book. 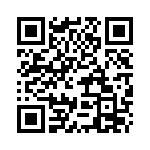