áHistorical fiction author Daniel Wyatt is Canadian, born and raised on the prairies of Saskatchewan. He now resides with his wife in Burlington, Ontario, thirty miles outside Toronto.

His first published work was a set of first-person stories from World War II allied air force veterans called Two Wings and a Prayer by Boston Mills Press, Erin, Ontario, Canada in 1984. This was followed up in 1986 by Maximum Effort with the same publisher. In 1990, Wyatt made the switch to historical fiction with The Last Flight of the Arrow, a techno-thriller set during the Cold War years of the late 1950's. The Mary Jane Mission came out two years later. Wyatt's other published works include aviation magazine articles in Canada and the United States.

Daniel Wyatt currently writes a twice-monthly blog entitled High on History and for an online baseball museum based in California, USA. 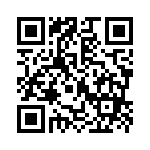