More details about the author, and current links to other sources of information, can be found at
www.mushroom-ebooks.com, and at wikipedia.org. 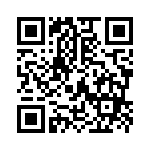