M. John Harrison is the author of eleven novels (including In Viriconium, The Course of the Heart and Light), as well as four previous short story collections, two graphic novels, and collaborations with Jane Johnson, writing as Gabriel King. He won the Boardman Tasker Award for Climbers (1989), the James Tiptree Jr Award for Light (2002) and the Arthur C. Clarke Award for Nova Swing (2007). He reviews fiction for The Guardian and the Times Literary Supplement, and lives in Shropshire. 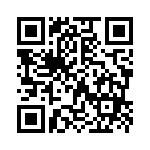