Hart Isaacs, Jr., MD, is Clinical Professor of Pathology at the Department of Pathology, University of California San Diego School of Medicine, and also Associate Pathologist at Rady’s Children’s Hospital of San Diego. Professor Isaacs originally studied Chemistry at Stanford University before graduating in 1958 from Stanford University School of Medicine. He has vast experience in the field of pediatric neoplasia, stretching back to the 1960s, when he became a pathologist at the Children’s Hospital, Los Angeles. Since that time, he has been a member of the American Society of Clinical Pathologists, American College of Pathology and the Society for Pediatric Pathology. During his career, Professor Isaacs has served on the Childhood Brain Tumor Consortium at Boston Children’s Medical Center and the Children’s Cancer Study Group, Germ Cell Tumor Committee. He has published extensively, having authored more than 100 articles in peer-reviewed journals, a number of book chapters, and three books, including the first edition of the present book. 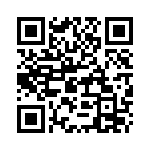