Gray's Anatomy is an English-language textbook of human anatomy originally written by Henry Gray and illustrated by Henry Vandyke Carter that may be most readable and popular anatomy book in the World literature. Earlier editions were called Anatomy: Descriptive and Surgical and Gray's Anatomy: Descriptive and Applied, but the book's original name is commonly shortened to, and later editions are titled, Gray's Anatomy. The book is widely regarded as an extremely influential work on the subject, and has continued to be revised and republished from its initial publication in 1858 to the present day. The latest edition of the book, the 41st, was published in September 2015. Last's textbook, 'Anatomy Regional and Applied', was first published in 1954 and heralded a new generation of anatomy texts providing a more concise option to 'Gray's Anatomy' or Cunningham's 'Textbook of Anatomy'. 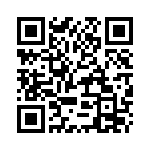