Jerry Beckett lives in Essex, England with his wife and two cats. He shares a birthday with Heinrich Himmler, Yo-yo Ma and Vladimir Putin. Third Circle is his first published novel. 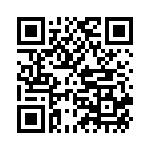